One of the difficulties of teaching languages in Australia is our lack of time on task. We simply don’t timetable enough hours a week in the school curriculum to do justice to language acquisition. One way to improve this situation, is to have students spend time out of class doing their own revision and learning at home. Imagine the increased learning gains you could achieve if you introduced new language in a one-hour lesson, and then the students returned two days later having mastered that content and were ready for more. Imagine if for every hour you taught, they matched it with an hour of home learning?

This doesn’t tend to happen in Australia for a multitude of reasons but let’s just focus today on 3 scenarios you can change.

This student only studies when they are given something specific to do such as complete a worksheet. They tend to do all the homework in one sudden hit and then forget about it.

This student rarely completes work because they are disorganised and forget there was even work to do, or because they are worried they won’t be able to do the work well, so they don’t even attempt it.

This student has a busy life flitting between part-time jobs, sporting commitments and family/social engagements. They considered doing the work but there just never seemed to be the perfect opportunity.

“Many people think that they lack motivation when what they really lack is clarity. It is not always obvious when and where to take action.” Page 71, Atomic Habits by James Clear

A research study in Great Britain in 2001 found that subject rates of exercise increased from 35% to 91% simply by having participants identify how, when and where they would exercise in advance.

Could we not have students do this with their home learning? Students could be responsible for identifying home learning goals in a similar manner. For example:

I will practice level 1 set of hiragana flashcards everyday in my bedroom after I shutdown by computer at 8pm.

I will write 5 sentences using the new kanji I learned today in the kitchen at 4pm on Tuesdays before I go to netball training.

I will read aloud the sample text on page 10 to my mum in the car on Wednesday after school and summarise what it means in English.

If students don’t look for time in advance to learn, it is unlikely that it will just happen.

The second step is to have your students form small groups of 3-4 who act as study coaches. Each group has a shared google doc where they log their specific home learning goal for the week. Students spend 5 minutes at the end of the lesson on Monday logging their specific goal (what, when, where) with the group. At the start of the Friday lesson, groups report back and log how their learning went. Did they study when they said they would? Why or why not? What obstacles did they face? How could they overcome them next time? Over time students will become more conscious of their habits and they are far more likely to listen to a peer who calls them out on using the same excuse each week.

“Tend to your dreams every day. Even though you’re not quite seeing the shoots, something unseen is percolating.” Sonia Choquette

One of the problems with language learning is the “plateau of latent potential”. James Clear describes this as the “valley of disappointment” where we feel discouraged because we can not see the results of our hard work. He states “we often expect progress to be linear. At the very least, we hope it will come quickly. In reality, the results of our efforts are often delayed.” (page 22, Atomic Habits.) Sarah Pavy’s research also supports this perspective, noting that students often complain of a lack of progress indicators in their language learning. This is one reason why I use the Patch system to teach Hiragana, Katakana and Kanji. By dividing up the learning of the scripts into levels, students can enjoy progress at their own pace. My son has just started this system for his own learning of hiragana. At first, he struggled with just level 1, but then one day it suddenly became easy. He noticed this change himself and was motivated to learn the next level. When we introduce new vocabulary in class, sometimes we move on to the next list before a student feels that sense of accomplishment. Instead they end up feeling like they half know the words on 10 lists – “a jack of all trades but a master of none” as they say. When we give them a system, like the Patch series, they can run their own self-paced home learning that is complimentary to what you are doing in class. You can focus on teaching task-based interesting lessons and leave them to the grunt work of mastering key concepts like script or vocabulary at home.

Good luck with improving the home learning system in your language classroom. 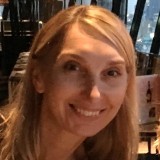